The Leighlinbridge district is rich in history, favoured with fertile land and enhanced by the River Barrow which meanders slowly through the village. The foundation for its beauty lies directly with the residents who demonstrate a sense of pride and work tirelessly to preserve and enhance this unique area. This pride is evident by a range of gardens, built and designed by the local community to commemorate various aspects of village life over the years.

The Millennium Garden consists of seven small individual gardens, each with its own theme represented by trees, shrubs and stones. Using materials indigenous to the local area, the garden tells the story of life through a series of themes including peace and tranquillity, happiness, friendship, reconciliation, hope, harmony and eternity.

The Garden of Remembrance straddling the River Barrow commemorates important occasions in the history of the village including the visit of the Canadian Prime Minister, Brian Mulrooney, a World War 1 Memorial and the Entente Florale Gold Medal Award. A number of commemorative trees have been planted together with ballerina roses and shrubs.

The Sculpture Garden is dedicated to three of Leighlinbridge’s most famous sons – Cardinal Patrick Francis Moran – Australia’s first Cardinal, John Tyndall, the mountaineer and scientist who developed the light pipe, the forerunner to fibre optics and Captain Myles Keogh, second in command to General Custer who lost his life at the Battle of the Little Big Horn in 1876 at the hands of the Sioux.

“It is a place of infinite tranquillity and restfulness, an inspired use of a simple setting in this village of special charm.” Excerpt from the judging committee of the Barrow Awards Scheme on Leighlinbridge.

Please check for further updates on Covid 19 restrictions  on www.carlowgardentrail.com and the Carlow Tourism website.

Please continue to check the HSE website https://www.hse.ie/eng/services/news/newsfeatures/covid19-updates/ for further updates and continue to monitor our social media pages 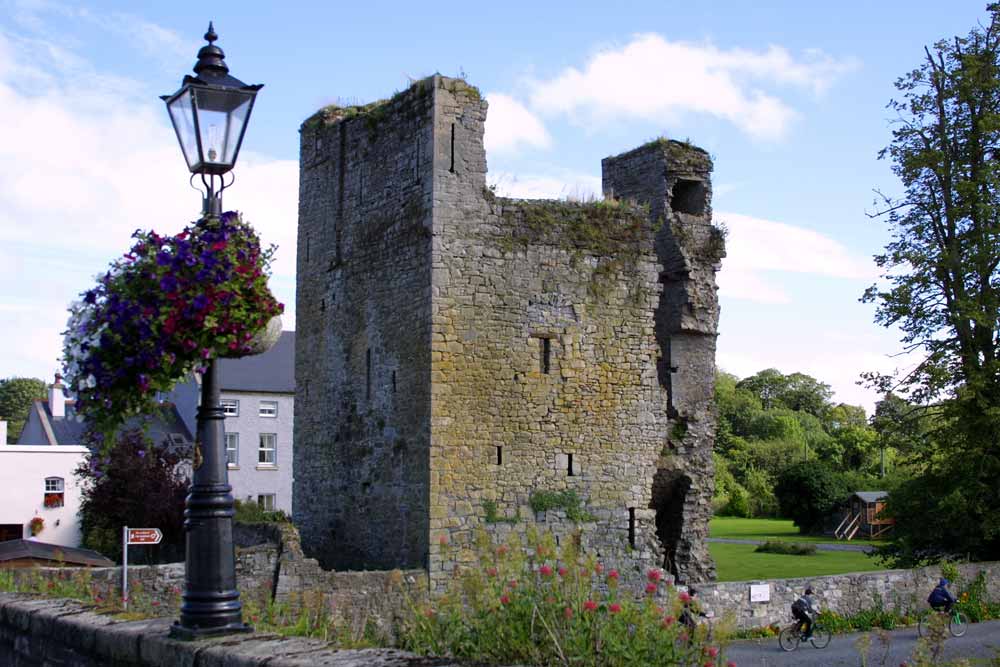 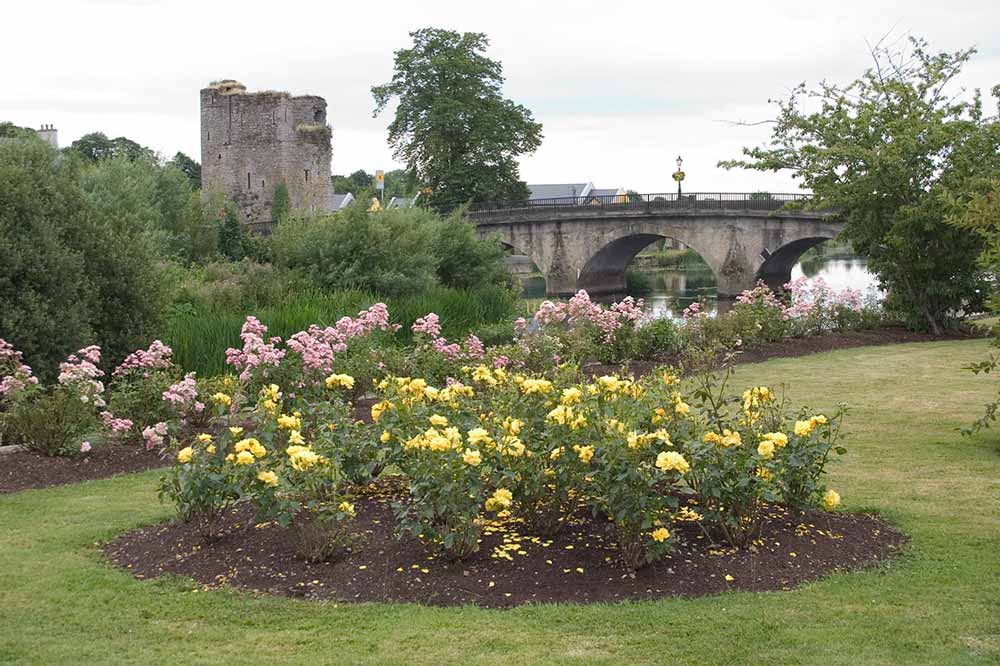 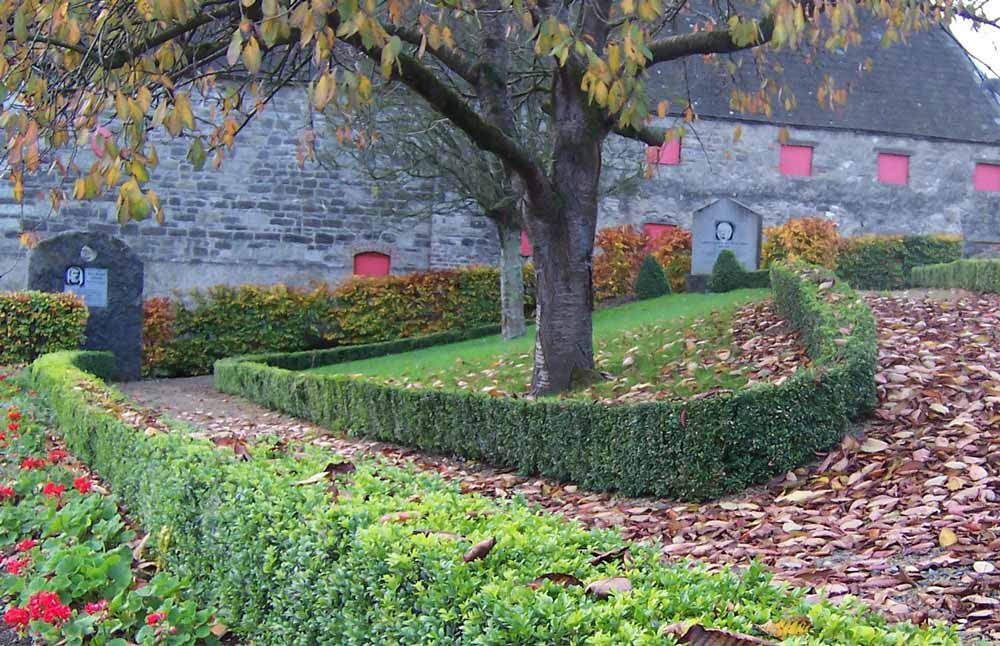 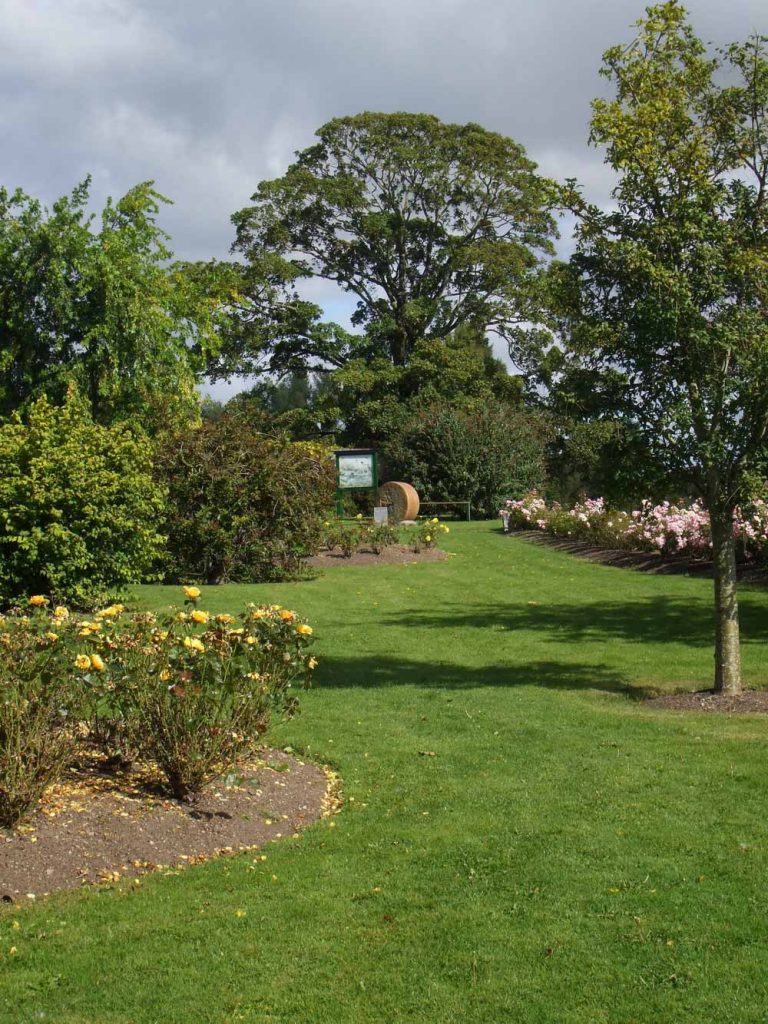 
How to Find Us

From Dublin/Waterford take exit 6 on M9 motorway and follow signs for Leinglinbridge which is clearly signposted off the R448, 3km from here. Alternatively visitors travelling from Carlow Town should follow the R448.