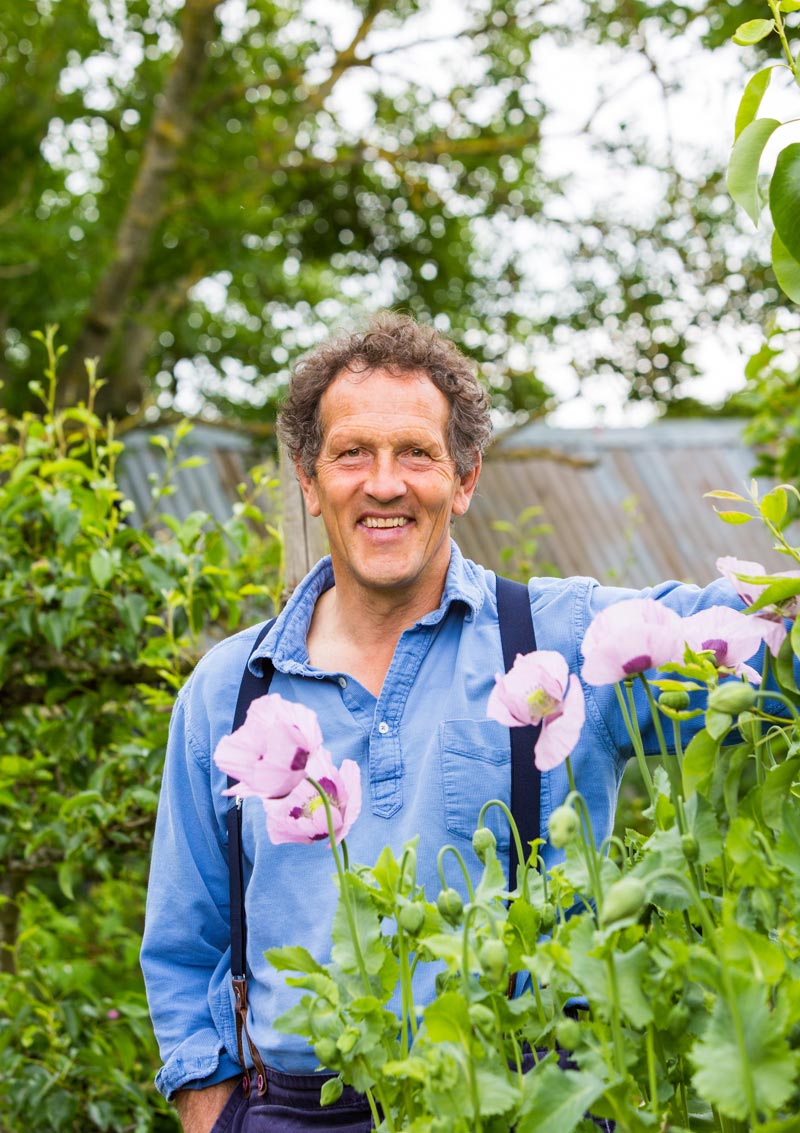 West Meets East – and is entranced!

Monty Don makes a welcome return to the Carlow Garden Festival. In this talk Monty explores the history, customs and wonders of the Japanese and Paradise gardens he has visited and the lessons he has learned from them in developing his own garden at Longmeadow. Monty discusses the most beautiful and famous gardens he has visited on his recent travels to the East. Features extra large LED screens for easy visibility.

Monty Don O.B.E. is the UK’s leading garden writer and broadcaster. He has been making television programmes for over twenty years on a range of topics, spanning travel, craft, outdoor living and, principally, gardening. He has been lead presenter of the BBC’s Gardener’s World since 2003 and since 2011 the programme has come from his own garden, Longmeadow, in Herefordshire. Monty has also made acclaimed prime time series such as Around the World in 80 Gardens, Monty Don’s Italian Gardens, Monty Don’s French Gardens, The Secret History of the British Garden, Monty Don’s Paradise Gardens & three series of Big Dreams, Small Spaces.

Born in 1955, Monty grew up in Hampshire where he gardened with his family from a young age, and was educated at a variety of schools followed by Magdalene College, Cambridge. From the early 1980s, Monty and his wife Sarah set up and ran a fashion jewellery business which enjoyed considerable success, but closed in 1990 just as Monty’s television and writing career was taking off.

A prolific horticultural journalist, Monty Don was the Observer’s gardening editor from 1994 until 2006. He now contributes a regular column for the Daily Mail and Gardeners’ World Magazine. Monty’s numerous books include the bestselling Fork to Fork, The Jewel Garden (both with Sarah Don), Around the World in 80 Gardens, The Complete Gardener, The Ivington Diaries, The Road to Le Tholonet, and his latest bestsellers Nigel: My Family and Other Dogs and Down to Earth. Monty’s most recent book, Paradise Gardens, like Great Gardens of Italy, was created with the acclaimed photographer Derry Moore.

Monty believes in the value of communities of all kinds (schools, families, and rehabilitation projects) working together through an understanding and love of the land, and supports several good causes along these lines. Monty is a committed organic gardener, and was for many years the President of the Soil Association.

Monty appears live in public at key literary and gardening events through the year. He was awarded the Order of the British Empire in H.M. The Queen’s Birthday Honours, 8 June 2018.

The real importance of gardening is the empowerment that it gives people, however small or seemingly insignificant their gardens might be. It is surprising how liberating it is, if you can grow anything at all. – Monty Don

Also Arboretum’s award winning cafe are offering a Two course buffet meal with tea/coffee in Rachel’s Garden Café, available for €17.95 between 5-7 p.m. Choice of three entrées and choice from the dessert counter. (available to book with your tickets)