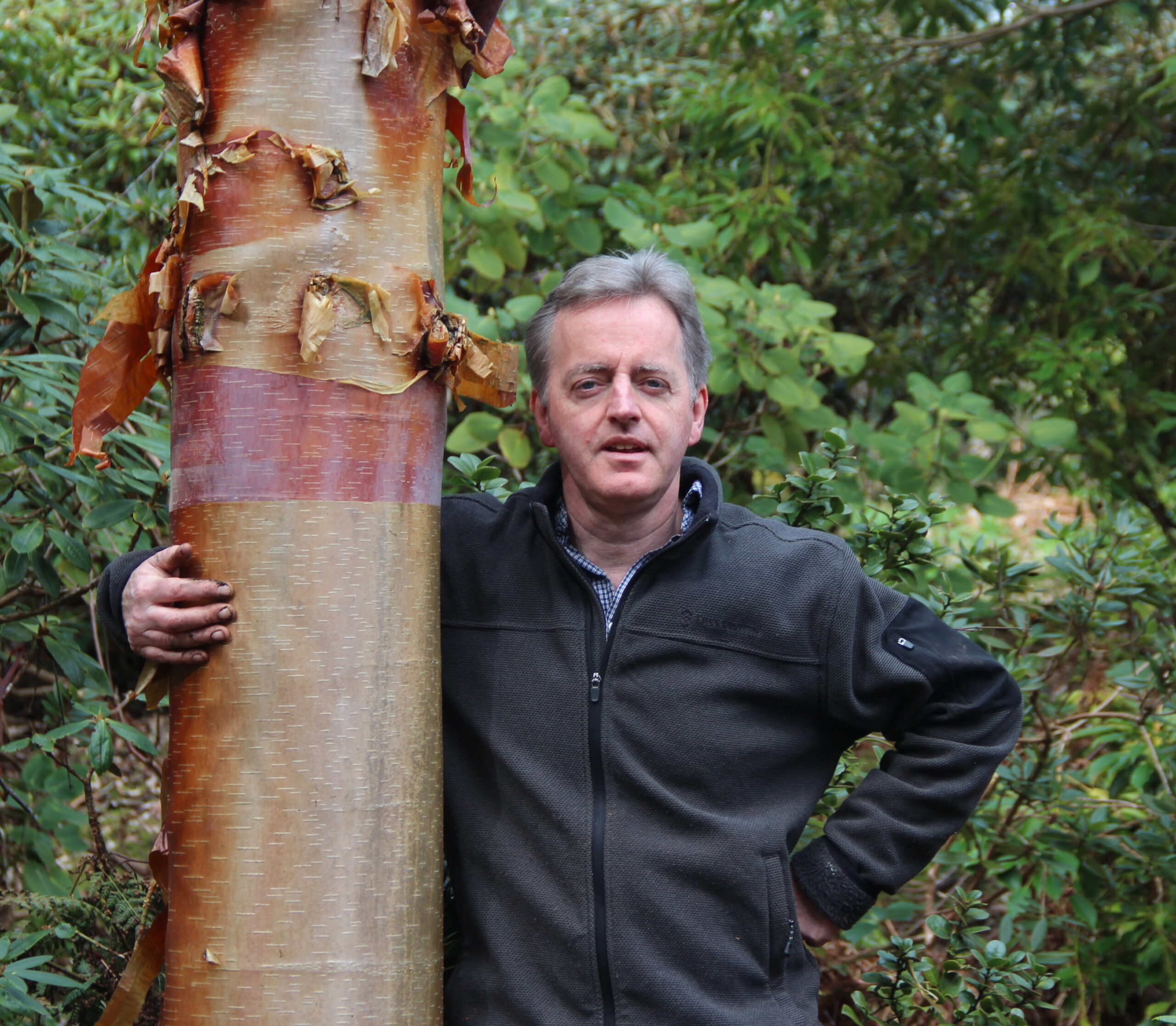 Kenneth Cox presents his most popular and spectacular talk, a 1 hour visual feast on his 2018 publication Woodland Gardening.

Born in 1964 into a family of renowned plantsmen, Kenneth Cox is grandson of planthunter, writer and nurseryman Euan Cox and son of Peter Cox VMH. The three generations were and are considered the world’s leading experts on rhododendrons. Kenneth, himself a nurseryman and author of numerous books on rhododendrons, has carved out his particular niche in the world of plant-hunting in leading nine expeditions to China, South and South-East Tibet and Arunachal Pradesh, India, 1995-2013.

He graduated in 1986 at the University of Birmingham, England with a BA in General Arts and a diploma in commerce.

Kenneth Cox is an experienced lecturer on rhododendrons, horticulture and exploration and has lectured throughout the UK, many part of Europe, North America, Australia and New Zealand. Recently talks have been given at literary festivals, botanical gardens, specialist societies as well as The Royal Scottish Geographical Society and Royal Society for Asiatic Affairs.

Kenneth is managing director of the family firm Glendoick Gardens Ltd in Scotland, a garden centre and mail order nursery specialising in Rhododendrons, Azaleas, Ericaceous plants, Meconopsis, Primula and other plants collected by the Cox family around the world. Kenneth is married with two sons and alongside horticulture runs a busy musical career song writing and playing live.

Ken was on the National Trust for Scotland Garden advisory panel (till they foolishly abolished it as we tended to point out their foibles), sits on the board of Scotland’s therapeutic gardening charity Trellis, and is a patron of Emu Valley Rhododendron Garden in Tasmania and Blairgowrie’s Bookmark Book Festival.