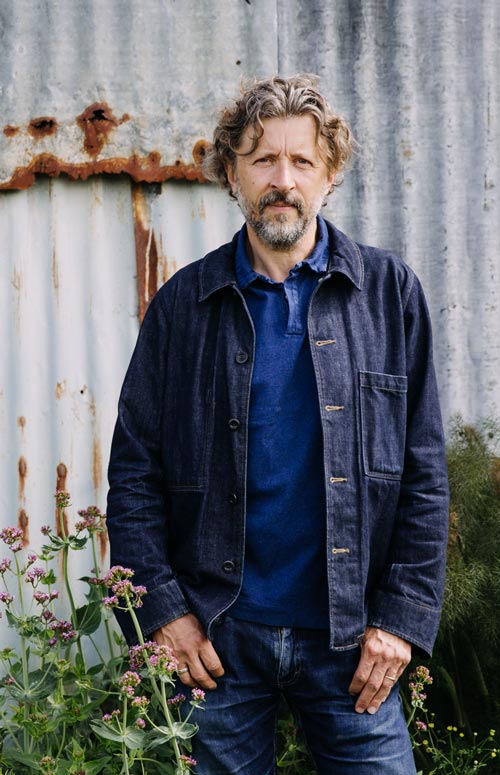 Troy Scott-Smith, head gardener at Sissinghurst Castle, gives an interesting and entertaining talk focusing on the decisions he faced when appointed to this iconic English garden – to continue along well established lines of the previous forty years or to make changes. This talk documents his story as he sought to remain true to the its original creator, the artist Vita-Sackville West and her husband Harald Nicholson.

Dan Pearson is an internationally renowned landscape and garden designer. In this talk Dan describes his approach to all of his design commissions, whether for large scale urban developments, cultural institutions, public parks or private clients, to enhance a site’s sense of place and create gardens that are in tune with their surroundings.

The Walled Garden Café is open for tea, coffee and light snacks

Dan Pearson is an internationally renowned landscape and garden designer and the principal of Dan Pearson Studio, his London-based practice.

Dan is known for his intuitive response to place, quiet hard landscaping and bold, naturalistic planting. He works internationally at a range of scales for both private and public clients. Recent projects include the Tokachi Millennium Forest, a 240 hectare public park in Hokkaido, Japan, Lowther Castle, a public visitor attraction centred on a ruined 19th century castle in Cumbria, the Manchester Maggies Cancer Caring Centre with Fosters Architects, Amanyangyun, the first Aman luxury resort to open in China located in Shanghai and the courtyard gardens for a new photography studio in London for Juergen Teller with 6a Architects.

Dan has designed five award-winning Chelsea Flower Show gardens, the most recent of which, for sponsors Laurent Perrier and Chatsworth, won Best in Show at the 2015 Chelsea Flower Show. He is an Honorary Fellow of the Royal Institute of British Architects (Hon FRIBA) and was a member of the Jury for the 2011 RIBA Stirling Prize. In 2012 he was elected a Royal Designer for Industry (RDI).

I was born and brought up in Yorkshire and it was there amongst the wonderful countryside that I developed an appreciation of plants and later where I began my career in horticulture. Although I can come to tears listening to a piece of music or be moved looking at a painting, it was and it remains the natural world that nourishes and inspires me most deeply.

Coming from a family of great naturalists, it was no surprise that as a boy I would spend most of my time in the nearby dales seeking out the beautiful and the natural. From the incredible weathered detail of limestone pavement to the exquisite flower-rich meadows of Swaledale. This repeated study over many years of flora and fauna of a specific habitat was fundamental in teaching me patience, observation and it helped to sow the seeds of a life-long love of plants.

I began my gardening career in 1987; it was at Harewood House between Leeds and Harrogate. It was tough – I had to get up at 5 in the morning, catch two buses and walk down a mile long drive before spending the day as the garden boy – washing pots, but I loved, absolutely loved every minute of it. 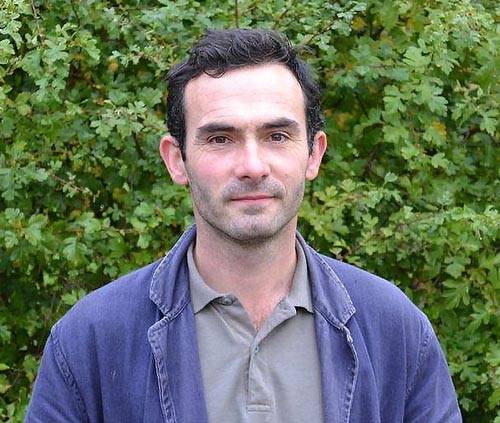 Later, after some time at college and working at a garden caring for the National Collection of Delphiniums, I joined a landscape design company, working mostly on one garden in northern France, restoring original features and implementing new design.

It was in 1990 that I joined the National Trust and apart from a year as Curator with the Royal Horticultural Society at Hyde Hall I have spent most of the time since 1990 working at three NT gardens – two of them – Sissinghurst and Bodnant twice, working both as a gardener and head gardener.

At the same time I have been fortunate to get involved in other things, and I am grateful to the National Trust for allowing me some freedom to do so.

However, for me it’s having a deep, basic and enduring connection with a garden that is most rewarding. A vague knowledge of a garden or a superficial approach to gardening just doesn’t work; instead one needs to cultivate an intimate relationship with a garden to understand its unique ‘spirit of place’.My first meeting with Sissinghurst was more than a quarter of a century ago, working for 5 years as a gardener honing my craft.

Six years ago I returned to Sissinghurst as Head Gardener. Immersing myself in the garden, I have slowly developed a way of gardening that places beauty and romance first. To help me do this I have a team of gardeners, which includes six full time and two part time gardeners.