Designing gardens in co-creation with nature

Turning her back on traditional garden design, Mary challenges you to re-imagine working with land in a different, more gentle way. This talk is a wonderful introduction to planting and shaping your land in a way that is nature centred, drawing key lessons from Mary’s book ‘The Garden Awakening’.

Shankill Castle is a living museum in Ireland’s Ancient East. Wander through time and explore its unique heritage and culture on a guided tour of the antique and art filled castle. Take a stroll through vibrant gardens and woodland.

Dare to be Wild at Shankill Castle

Dare to be wild is a Hollywood Movie about the passions of Mary Reynolds, an Irish gardener who became the youngest woman to win a gold medal at the Chelsea Flower Show. Directed by Irish film director Vivienne De Courcy.

Adm: €10 including garden entrance or €18 for talk and film 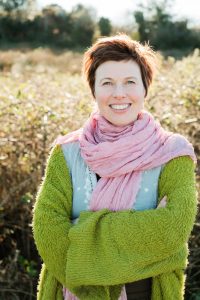 Mary grew up on a small mixed farm in the south of Ireland. 20 years ago she set up her own company designing gardens in Dublin. A few years later, having lost the will to live from constantly creating modern gardens, she realised that she could no longer continue shaping land in the same way and re-imagined her work to become nature rather than human centred.

Mary brought her new, still relatively unformed ideas to be showcased at the Chelsea flower show in London where she achieved a gold medal, unusual at the time for a first time effort. Since that time, she has built up quite a cult following in the world of garden design and is considered unique in her field.

Another U-turn came a few years ago when Mary realised we had to rethink the whole relationship we had with the land and re-examine what it means to truly design in harmony with nature. Those latest revelations lead to ‘The Garden Awakening” being born. This book was written at night over four years when her two young kids were asleep.

Mary has been known to present telly programmes about garden design and do the odd garden makeover on the box. She also gives talks and workshops about her work and beliefs. She’s trained as a Reiki master, is not a bad cook (to her mothers eternal surprise) and she likes to campaign against evil multinational efforts to cull us all off with pesticides, herbicides and GMO’s. She spends a lot of time growing and guiding her own land, but most of her time is spent being a harassed single mum, trying to grow two cheeky but wonderful boy and girl monsters and a crazy golden-doodle with as much grace and love as possible.

The gardens at Shankill offer a tranquil retreat – a mixture of formal gardens and wild vistas. There are 19th century laurel lawns; gigantic sequoias beside self-sown ash trees; a moated garden, once a rose garden then forgotten and now a spring garden; and the remnants of 18th century lime tree allées. The Victorian walled garden has a charming apple arch under-planted with red tulips, and antique goblet-shaped pear trees trained against a mellow brick wall.