How to eat better 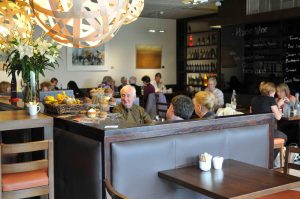 This talk strips away the fad diets and superfood fixations to give you a straight talking guide to making everyday foods measurably healthier and tastier, simply by changing the way you select, store and cook them. Want to make supermarket blueberries have loads more antioxidants and cost virtually half the price? Cut the calories in spuds and simultaneously raise their fibre all for identical flavour? This talk is a rare opportunity to hear UK expert, James Wong, author of the internationally best-selling books ‘Grow Your Own Drugs’ and ‘Homegrown Revolution’. 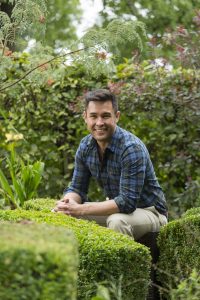 James Wong is the author of the internationally best-selling books ‘Grow Your Own Drugs’ and ‘Homegrown Revolution’. His presenting work spans a range of programmes including “Grow Your Own Drugs” and “Great British Garden Revival, as well as Channel News Asia’s “Expensive Eats”.

James has been guest lecturer at universities and horticultural colleges across the UK. He also writes extensively for the RHS and the popular scientific press. In 2008 James co-founded his own garden design studio, Amphibian Designs, which has won four consecutive RHS medals, including golds at the RHS Chelsea Flower Show in 2010 and 2011.

James is passionate about communicating plant science to new audiences in relevant and accessible ways. In 2015 the Sunday Times listed him as one of the Top 20 most influential people in horticulture. With his obsession for food nearly eclipsing his love of plants. James’ small London garden serves as a testing-station for all manner of crops and horticultural ideas from around the world. 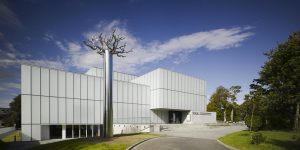 Take this opportunity to see Ireland’s largest and most spectacular space for contemporary art. Engage with amazing artwork by national and international artists. The Main Gallery Show is Subjects and Objects, a survey of films by artist Daria Martin. The arts centre also houses the award-winning and highly popular restaurant, Lennons@Visual, full of yummy treats for morning coffee, lunch and dinner on weekends. Why not make a night of it and enjoy dinner before Jame Wong’s talk? Or just relax in the bar before the show.