Gardening in a changing world 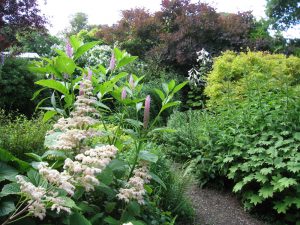 Dr. David Rae, Director of Horticulture and Learning at the Royal Botanic Garden Edinburgh (RBGE) explains how their approach to gardening has changed with the times. While the gardens are in existence since 1670 they strive to be relevant in the modern world and are embracing a more natural way of gardening. 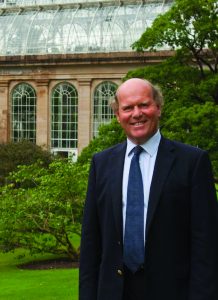 David Rae joined the Royal Botanic Garden Edinburgh in 1978 as a lecturer in the School of Horticulture and served as its Conservation Coordinator before taking up the post of Director in 2000. In 1985 and 1995 he completed an MSc and PhD respectively, both by part-time research.

A career dedicated to serving and improving the world of horticulture has been recognised through election as a Fellow of the Royal Society of Edinburgh (RSE). He is believed to be the first horticulturist to be elected a Fellow.

A highly-respected member of the international horticultural community, Rae has served as UK representative on the European Botanic Garden Consortium. He is currently Honorary President of PlantNetwork- the Plant Collections Network of Britain and Ireland and on the Board of the National Tropical Botanical Garden, Hawaii. In 2003 he launched Sibbaldia, the journal of botanic garden horticulture. Under his direction, the educational programme at RBGE is now the widest of any botanic garden in the world.

And, while many may regard RBGE as merely a visitor attraction, he has strived to have it recognised widely as a scientific institution in which every plant is of research potential and has been selected in accordance with an agreed policy, perhaps more akin to a museum or gallery rather than a garden. Under his guidance Edinburgh has pioneered new standards of curatorship making it a leader among the world’s botanic gardens. 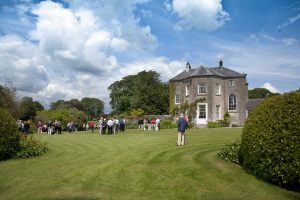 Burtown House is one of two 17th century houses in Kildare to never have been sold, and the only house that you can visit, and have guided tours by family members. It is the only original Quaker house in Ireland that can be visited that is still lived in by the family that built it from this period. The gardens at Burtown are made up of several areas, including large herbaceous borders, shrubberies, a rock garden, a yew walk divided by a pergola, a sundial garden, an old orchard, a more formal stable yard garden, a walled organic vegetable garden and a large woodland garden surrounded on all sides by water. There is a sculpture park set in wildflower meadows with mown pathways. Shop and plant sales area.

FACILITIES: Car park, toilets, artisan food, retail shop and plant sales area. Burtown now features the award winning Green Barn Restaurant, Gallery and Shop located just inside the front gates. Set in the parkland overlooking their organic kitchen garden it is the ideal spot for a quick stop off or for a more relaxed luncheon style affair. Booking is recommended. Group bookings possible all year round.