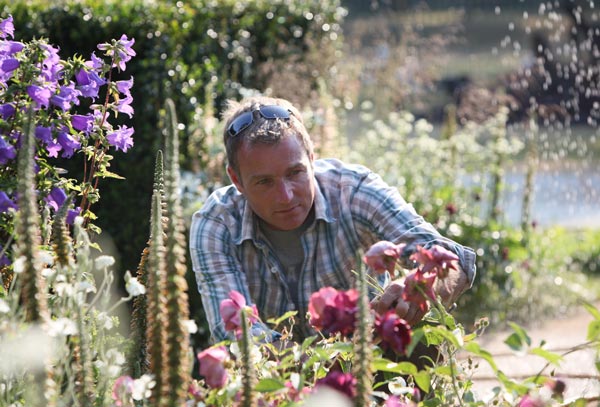 Chris will give an illustrated talk which looks at creating floral rewards with less effort. Inspired by traditional herbaceous borders but with the aim of reducing the inputs and looking for a new style. It uses examples from Chris’ own schemes such as Ness Botanics. Chris who is a natural and very fluent speaker will also weave in stories from his best selling book 100 Plants that Almost Changed the World and will be happy to take questions from the audience.

Fergus will teach his audience how to combine plants considering sense of place, colour, shape, texture and repetition. He will give examples of how to contrast one plant with another, adding punctuation in a border as well as creating intimacy and movement and balance. Examples will be primarily from Great Dixter as well as a few from other gardens.

A celebrated Designer, Plantsman and Broadcaster Chris Beardshaw has clocked up over 30 years’ experience in the horticultural world. Known for his BBC television and radio work Chris is also a well-loved speaker and lecturer and is the author of 4 books.He is a long-standing panel member of BBC Radio 4’s Gardeners’ Question Time and his broadcasting experience spans 18 years including major BBC2 series The Flying Gardener, Gardeners’ World & Hidden Gardens. 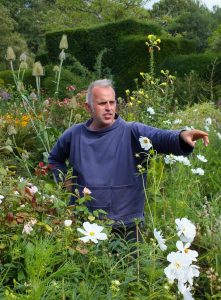 Appointed in 1993 as Head Gardener of Great Dixter by Christopher Lloyd, Fergus continues to keep the garden constantly changing throughout the season  by trying out new plants and plant-combinations. Fergus believes in passing on his knowledge through national and international student- and volunteer programmes at Dixter and through worldwide lectures he gives every year. Fergus is keen on plant communities in the wild and especially plants native to Turkey.

Among other honours, Fergus was given the Royal Horticultural Society Associate of Honour in 2008 and in 2015, the Veitch Memorial Medal for outstanding contribution to the practise of horticulture.